How will USMNT line up vs Panama in possible World Cup-berth clincher? 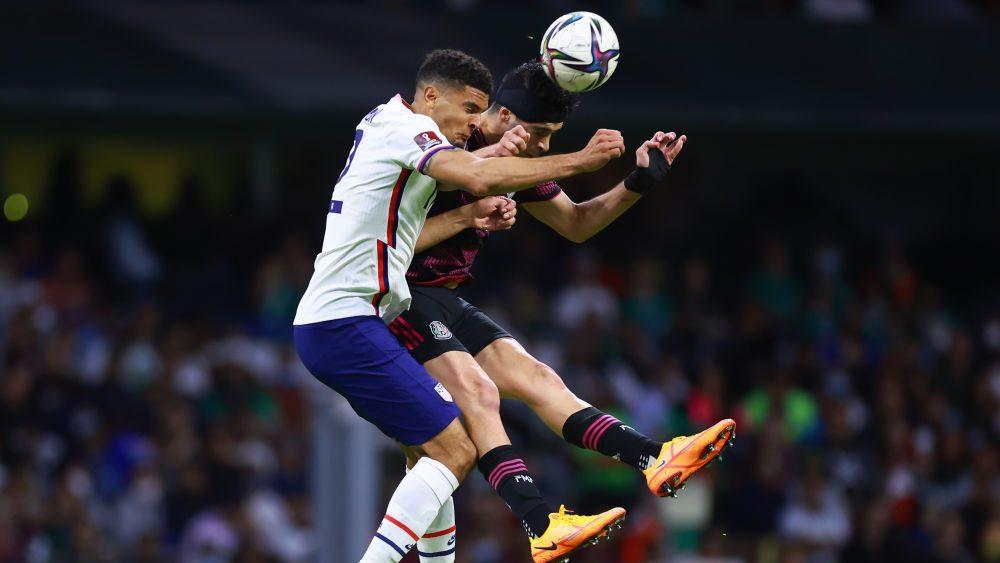 The United States men’s national team could qualify for the World Cup by the time the final whistle blows on Sunday’s home qualifier with Panama, this we know.

Over-simplifying: Should Costa Rica drop points against El Salvador at 5pm ET, the Yanks can sew up a spot in Qatar with a win from their 7pm kickoff.

Who will be on the pitch if and when that happens requires some guess work.

By now there are few certainties when it comes to Gregg Berhalter’s lineup choices. The man who Initially viewed Tyler Adams as a right back now sees the RB Leipzig midfielder as so important to the center midfield that he removed him with 10 minutes left in an ascendant but scoreless match rather than trust the player take a yellow card and miss the next match through suspension, a risk inherent when the player was put on the pitch in the first place.

Coaches evolve, players, too. We go on.

So Adams will start against Paraguay. Christian Pulisic is a virtual certainty, too. After that, given Berhalter all of the injuries and illness within the squad and the trust he showed in Aaron Long and Erik Palmer-Brown by inserting them into a crucible for hottest 10 minutes of what’s essentially the side’s biggest derby? Well, who knows what’s going on.

We do know that Shaq Moore has been called up to give Berhalter depth behind DeAndre Yedlin after Reggie Cannon tested positive for COVID-19. Surely, with all due respect to Moore, Berhalter is hoping he’ll plug the new call-up into a final match at Costa Rica that will only be about positioning on the table, but who knows?

Can recent USMNT vs Panama matches tell us anything?

The answer to the heading? Not much.

Berhalter’s gone up against Panama twice since late 2020, beating Los Canaleros 6-2 in November 2020 in Europe and losing 1-0 in Panama City five months ago.

The second carries more weight, with the Yanks out-attempted 8-5 and failing to put a single shot on target. That was a heavily-changed side and Berhalter could name up a maximum of six starters from that match to this XI. There are another six on the bench, but suffice it to say that his XI in Panama was absent Adams and Pulisic as well as Weston McKennie, Zack Steffen, John Brooks, and Miles Robinson.

Neither Brooks nor McKennie will be available come Sunday, and you won’t see more than a half-dozen players from the 6-2 friendly win either.

How will the USMNT line up versus Panama?

Presuming Zack Steffen is no worse for the wear following a physical night against Mexico, he’ll likely be back between the sticks in Orlando.

Adams and Pulisic are no-doubters and Giovanni Reyna’s turn off the bench at Azteca would’ve opened eyes even if he wasn’t being saved for a start against Panama.

If DeAndre Yedlin’s slight limp was normal wear-and-tear, it could and maybe should be an unchanged back four, and it seems counterintuitive to put in Cristian Roldan or Luca de la Torre over anyone to start in the midfield versus Mexico. Gianluca Busio might make some sense as a wildcard.

If the front three gets changed, perhaps Paul Arriola will get a nod but that would mean either Pulisic, Reyna, or Timothy Weah is not starting. Pulisic is Pulisic and the other two didn’t go 90 in Mexico, so we may see a nearly unchanged XI after all. The likeliest removal would be Ricardo Pepi.

How will USMNT line up vs Panama in possible World Cup-berth clincher? originally appeared on NBCSports.com

How can the NHL’s top offenses be slowed down?

Why Rangers-Canes series may be a surprising gem

Why Browns may still want Baker

All Watson trials poised to be delayed until 2023