A re-draw for the Champions League last 16 has resulted in some juicy clashes with Chelsea attracting the main bulk of support to retain the title.

Chelsea drew Ligue 1 winners Lille and our traders have reported that they had to cut their chances of outright glory within minutes of the draw.

The Blues are now 13/2 from 8/1 making them the biggest movers so far following the draw.

Bayern Munich drew Salzburg with their outright hopes trimmed slightly into 7/2 from 4/1.

Liverpool will face Inter Milan with the Reds unchanged at 9/2 with the latter, who currently top the Serie A table after 17 games, at 40/1.

Manchester United face Atletico Madrid and the Red Devils are 14/1 to win the trophy under new manager Ralf Rangnick with their opponents 33/1.

Frontrunners Manchester City will take on Sporting Lisbon and remain 11/4 at the head of the Champions League betting.

*Prices correct at time of publication 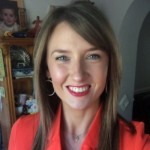 This article was originally published by Boylesports.com. Read the original article here.

SUNDAY 31st March at 20:00 PSG, currently 20 points clear in Ligue 1, travel to Toulouse on Sunday. This might look like a routine victory for…

Manage Cookie Consent
To provide the best experiences, we use technologies like cookies to store and/or access device information. Consenting to these technologies will allow us to process data such as browsing behavior or unique IDs on this site. Not consenting or withdrawing consent, may adversely affect certain features and functions.
Manage options Manage third parties Manage vendors Read more about these purposes
View preferences
{title} {title} {title}