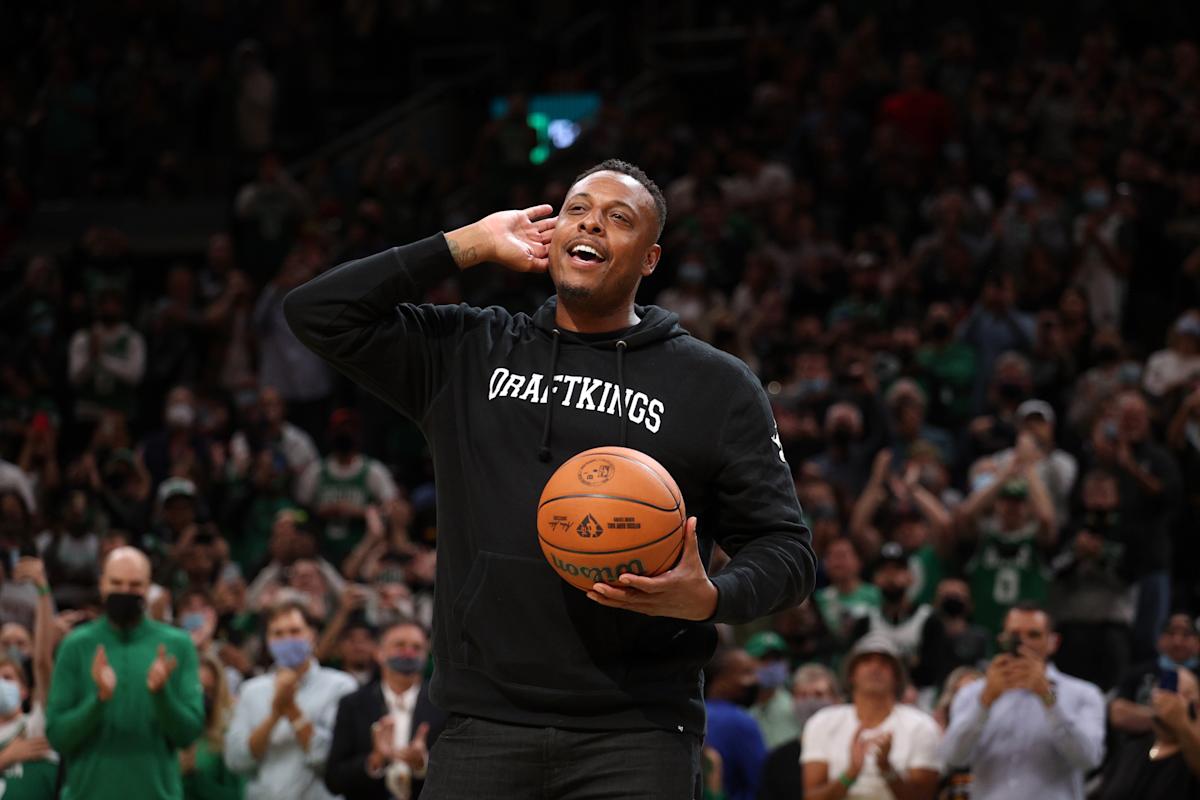 Though he seemingly confessed to the crime a few years ago, former Boston Celtics star Paul Pierce is once again denying the infamous wheelchair story from the 2008 Finals.

This time, at least in his mind, he has the logic to back it up and squash the rumors once and for all.

Pierce insisted in an interview with The Athletic’s Michelle Beadle on Friday that he didn’t poop himself during Game 1 of the 2008 NBA Finals, as the legend has it. If he did, Pierce wondered, why would he take a wheelchair out of the arena?

“I can’t believe people believe … so listen to this, I want fans to hear this,” Pierce said, via The Athletic. “If you poop your pants, does it make sense to sit down and mush it in a wheelchair? No. I would walk back there straight to the bathroom. Why would I need a wheelchair if I pooped my pants? You don’t sit down on your poop, right?”

Normally, Pierce’s logic would be foolproof. A wheelchair exit, however, would be a pretty safe way to get off the court and away from the national TV cameras that were pointed at him without being caught.

His new excuse might not be as sound as he thinks it is — and Beadle asked him about that specifically.

“I never pooped my pants after three years old,” he replied, via The Athletic. “Now, maybe on the side of the road, but not my pants.”

Pierce, of course, said he heard a pop in his knee after defending a Kobe Bryant jump shot in Game 1 of the 2008 Finals, and fell to the court in pain. He had to be carried to a wheelchair and then rolled to the locker room.

He then quickly returned to the game only minutes later.

Then, 11 years later while covering the Finals on ESPN, he seemed to confess to soiling himself during that game.

“I have a confession to make,” he said. “I just had to go to the bathroom … Something went down, I had to use a wheelchair.”

Only a couple of hours later, however, he walked it back.

At this point, who knows what to believe.

This story, even nearly 15 years later, is still following the Hall of Famer very, very closely.

9:00 AM ET This story was originally published March 18, 2015 for the 20th anniversary of Michael Jordan‘s 1995 comeback to the Chicago Bulls. When…

7:00 AM ET Editor’s note: This piece was originally published on June 9, 2015. Tim Duncan will be inducted to the Naismith Memorial Basketball Hall…