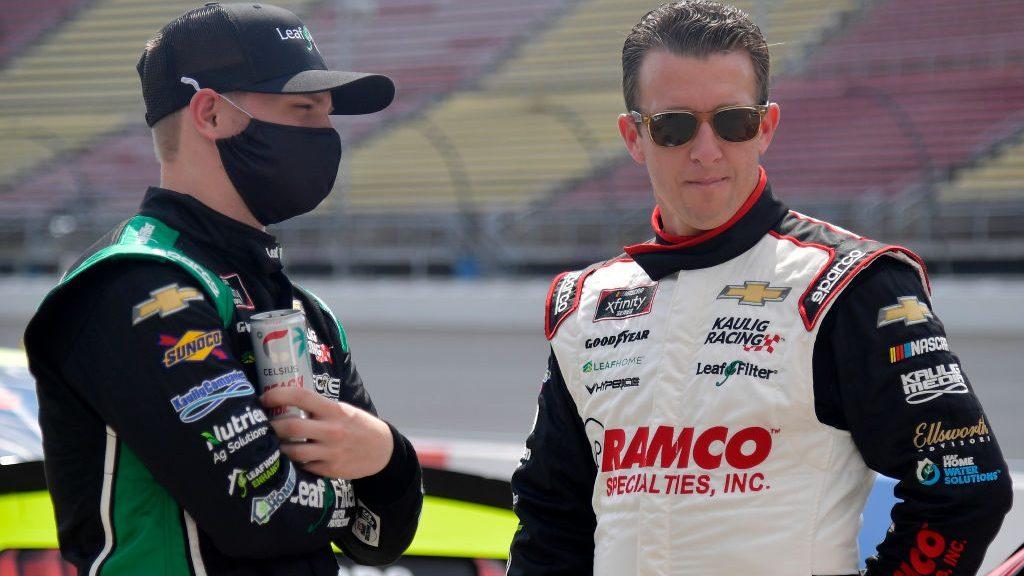 The Kaulig Racing driver comes off a week in which he won the inaugural Cup race on the Indianapolis Motor Speedway road course and followed with his third Xfinity win of the season last Saturday at Michigan International Speedway.

Gragson is one of seven drivers holding Xfinity playoff spots on points with four races left in the regular season. Sitting ninth at 195 points above the cut line, Gragson’s well ahead of the bubble battle.

Riley Herbst holds the 12th and final playoff spot by 41 points over Michael Annett. Annett returns to action Friday after missing the last two races recovering from surgery for a recent leg injury.

(All times are Eastern)

START: Steve Hasher, director of store operations for race sponsor Wawa, and Wawa mascot Wally Goose will give the command to start engines at 7:37 p.m. … The green flag is scheduled to wave at 7:49 p.m.

PRERACE: Xfinity garage opens at 10:30 a.m. … Driver introductions are at 7 p.m. … The invocation will be given by Chaplain Juleun Johnson of AdventHealth at 7:30 p.m. … The national anthem will be performed by the River Springs Middle School Choir (Orange City, Fla.) at 7:31 p.m.

TV/RADIO: NBCSN coverage begins with Countdown to Green at 7 p.m., leading into the race at 7:30 p.m. … Motor Racing Network’s radio coverage begins at 7 p.m. and also will stream at MRN.com; SiriusXM NASCAR Radio will carry the broadcast.

FORECAST: Weather Underground’s forecast calls for scattered thunderstorms, a high of 80 degrees, and 42% chance of rain around the start of the race.

3:48 PM ET John Andretti, who raced on the NASCAR, IndyCar and open-wheel circuits, has died after a long battle with cancer at the age…