I’ll rarely put up an odds-on bet in this column but just shy of evens for imperious Liverpool to beat an awful West Ham side without conceding is too good to turn down.

Yes the Reds actually experienced what it’s like to lose a game of professional football in Madrid during the week but it’s safe to say West Ham will be less of a challenge than Atletico.

Liverpool have won their last 17 Premier League games, with eight of the last nine of these to nil. Truly incredible numbers.

A repeat against a Hammers side who had just two shots when losing 2-0 at the Etihad in midweek looks nailed on.

A cracker at Bramall Lane

Champions League chasing Sheffield United have been excellent all season long, and have arguably been the most consistent of the teams looking to secure European football. As we discussed on this week’s Football…Only Bettor podcast, both Mark O’Haire and I think that they are value at 7/1 in Betfair’s new ‘Top 5 finish’ market.

The Blades have lost three of their last 11 in the league, all three against the top two, with their record against ‘the rest’ an impressive 6W and 2D. Their home process is excellent (1.80 xGF, 1.25 xGA per game), and I can see this game having a similar flow to their last home match against Bournemouth – who like Brighton are a talented attacking side with defensive vulnerabilities.

Graham Potter has undoubtedly made Brighton much more entertaining this season, but while they are scoring more goals, they are conceding a lot also, shown by their process (1.56 xGF, 1.83 xGA per game).

The Seagulls won’t change their attack-minded approach here, and for that reason I think we will see goals, and the price for both the BTTS and Over 2.5 Goals landing at 2.61 will do me nicely. 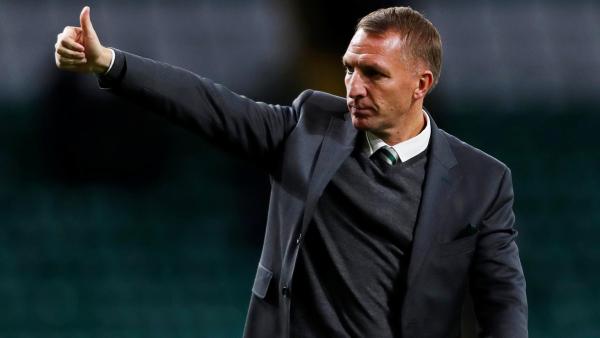 It’s third against second on Saturday evening, and simply going on league positions alone you’d expect the two teams to be quite close in the Match Odds, and perhaps even the home side to be favourite for the win.

But when Manchester City are the away team then no no-one barring Liverpool – and even then it would be tight – are going to be favourites against them. But that still doesn’t mean I can’t be a bit surprised that Leicester are [4.6] to take all three points on Saturday.

My simple reasoning is that Man City probably don’t give two hoots about the Premier League now – they’re not going to win the title, they’re not going to finish out of the top four (that might not matter anyway) – and that their main focus will undoubtedly be on Wednesday’s Champions League clash with Real Madrid.

I could be way off the mark of course, but with Pep Guardiola naming a strong side against West Ham in midweek my thinking is that the likes of Sergio Aguero and Kevin De Bruyne will sit this one out, and the Citizens won’t be completely be at full strength.

You can argue that Man City don’t really have a weak line-up, whoever plays, but at [4.6] I’m happy to take a chance on the Foxes getting the three points in front of their own fans.

There are big goals for both clubs to aim for here and I’m anticipating a competitive affair, but Sheffield United are having a far better season and I can’t get away from the Blades as my bet this weekend.

Champions League football could be coming to south Yorkshire if United keep up their stunning season and the two sides’ form suggests the home side can add another win to the ledger.

Chris Wilder’s team have won three of their six Premier League fixtures in 2020, but the two defeats in the sequence were against Liverpool and Manchester City and they gave a very good account of themselves in both games. The one draw came at Arsenal, and when they’ve played lesser opposition they’ve passed the test beating West Ham, Crystal Palace and Bournemouth.

Brighton are without a win this year and while there are more than a few draws in that run it’s hard to get past the idea of a home win here.

In order to boost the price from evens I will add in under 3.5 goals – United have not gone over that amount since November – to build what will hopefully be a winner at 6/4.

I’m unsure of why Burnley are over evens at home to Bournemouth. Those that have been following the Cherries would know that they are 16th in the away league table, losing the last four consecutive Premier League games and they’ve also lost seven of their last eight on the road only winning against Chelsea in that time. They have edged further away from the relegation zone recently thanks to wins against Brighton and Aston Villa but of course, that was at the Vitality Stadium.

I know Josh King should return to the starting line up after his 18 minutes in their 2-1 loss against Sheffield United but their woeful away form is also replicated on xG with their Expected Goals For which also has them in 16th across the full season, with King playing too. Infogol’s xG model also has their expected position to be lower (17th) than what it currently is, so the south coast team have actually been lucky!