Saturday Championship Tips: The Robins to struggle against the Buoyant Baggies 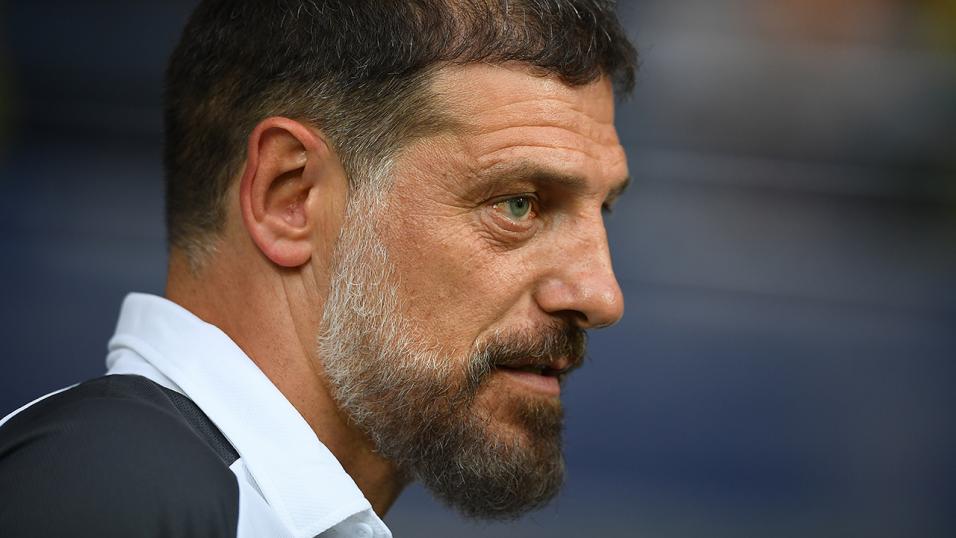 Visitors to double up at Ashton Gate

Despite averaging 1.61 points per game this season, Bristol City have suffered from a few inconsistencies along the way. They’ve won six of their last 13 Championship matches, yet have lost each of the remaining seven. It tends to be all or nothing with the Robins, and some fairly erratic defending hasn’t helped their cause in recent weeks. Although they eventually emerged with three points, Lee Johnson‘s men came agonisingly close to surrendering a three goal lead against Derby ten days ago, a performance which did very little to steady the nerves of the home faithful.

The hosts have had rotten luck with injuries this season, and their camp was also decimated by a sickness bug earlier in the week. Only 12 players trained on Tuesday morning with Famara Diedhiou, Adam Nagy and Andreas Weimann among the stricken. Korey Smith is unlikely to feature this weekend, although Filip Benkovic is reported to have fully recovered from a calf complaint.

City come off the back of a 1-0 defeat at Elland Road, a game in which they produced an XG rating of just 0.2. The Robins were forced to defend for long periods of that game, with Leeds’ wastefulness in front of goal enabling the visitors to preserve their respectable goal difference.

Although they’ve picked up some notable results this season, the underlying numbers have not been kind to Johnson’s side. Only Luton and Charlton have given up more chances at home than the men from the West Country, whilst only five second tier sides have conceded more goals on their own patch.

Despite dropping points against Nottingham Forest last weekend, the Baggies remain at the summit of the Championship table, and Slaven Bilic‘s side will fancy their chances of picking up a third consecutive victory away from the Hawthorns.

WBA have picked up 35 points on the road so far this season, seven more than any other team in the division, and have suffered just two defeats on their travels. Bilic’s men have benefitted from the return of Matheus Pereira, who makes them tick in the final third, while the arrival of the industrious Callum Robinson has also injected some much-needed energy into their play. The on-loan winger tends to enjoy facing this opposition, scoring five goals and claiming two assists against them in recent seasons and he will offer a constant threat from the flanks.

The visitors have conceded just 14 goals on their travels this season, however, they may not be able to register another clean sheet on Saturday afternoon. At the other end of the field, they should be able to find plenty of joy and will look to take advantage of City’s defensive wobbles. Since their remarkable run of clean sheets, the home side have conceded six goals in their last three matches. This makes the 17/20 on offer for Over 1.5 West Brom Team Goals look extremely tempting. Bristol City have been breached at least twice in seven of their last ten matches at this stadium, and they are unlikely to keep the free-scoring visitors at arms length here.

Birmingham sit third in the 2020 league table having accumulated 15 points so far this calendar year. The Blues have been excellent in recent weeks and have benefitted from the arrival of in-form Scott Hogan. Although the striker has added another dimension to the Blues’ attacking play, the likes of Gary Gardner, Ivan Sunjic and Marc Roberts have also each played a major part in the club’s rise up the table. Pep Clotet‘s side matched Brentford during their latest home fixture, and looked particularly dangerous from set-piece situations.

Their home form may be a little inconsistent, however they are projecting well on the data and have the eighth best home XG rating in the Championship. Keeping clean sheets has been an issue throughout the campaign however, and you have to go back to mid-October to find their last shutout at this ground.

Even when hosting the top teams at St.Andrews, they haven’t looked out of their depth, and almost snatched something against Leeds during their topsy-turvy 4-5 loss in mid-December. They also led against West Brom until the final 20 minutes of the contest. Clotet has his side well-drilled and he’ll be determined to get one over on his former colleague Garry Monk this weekend.

There should be plenty of needle in this game with the two managers reportedly falling out in 2019 and the pair refusing to shake hands when the two sides met at the end of November. The points were shared that day, however the two clubs have been going in opposite directions ever since.

Sheffield Wednesday sit bottom of the 2020 league table having accumulated just a single victory since the turn of the year. They’ve been hit hard by Steven Fletcher‘s continued absence while the baffling expulsion of Kieren Westwood and Sam Hutchinson is unlikely to have aided squad morale. The South Yorkshire side have lost two of their last three away games, both of which came against sides in the relegation zone, and this is likely to be significantly tougher. They’ve also failed to score in four of their last six matches and could struggle to create enough chances to take anything from this contest.

Although this is a bit of a grudge match, and plenty of robust challenges are expected, the hosts are still likely to prevail. They are playing with plenty of confidence, and they have a fairly settled XI. Wednesday fans have bemoaned Monk’s continuous tinkering in recent weeks and it remains to be seen whether he opts to reinstate midfielder schemer Barry Bannan this weekend.

Birmingham are worth backing at [2.3] on the Exchange, and although the Blues are fairly unlikely to sustain their recent run of form for much longer, they should have enough quality to pick up another three points against an out-of-sorts Owls.

Hatters to drag Charlton towards the drop zone

Both Luton and Charlton were promoted from League One last season, and the pair are both desperately hoping to avoid an instant return to the third tier. The Hatters have looked out of their depth for the majority of the campaign, although they’ve given themselves a fighting chance with three wins in their last five outings.

Credit must be given to Graeme Jones, who has made a couple of key tactical alterations in a bid to help his side tighten up at the back. Moving Matty Pearson to right-back, and deploying the experienced Martin Cranie in a holding midfield role has proved extremely effective so far. The January arrival of Cameron Carter-Vickers, who spent the first half of the campaign at Stoke, has also helped bring some much-needed calm to the back-line.

The strugglers come into this fixtures off the back of consecutive clean sheets and having climbed above Barnsley, they’ll now fancy their chances of pulling off the great escape.

Charlton sit just five points above the relegation zone, and just six above today’s opponents. The hosts drew a rare blank against Blackburn last weekend and will be keen to bounce back on Saturday. Although their home form has been fairly steady since the beginning of November, there will be plenty of nerves around the Valley ahead of this fixture.

The Addicks have won just twice here since mid-October and could struggle to break down the visitors for long periods of this game. They’ve kept just a single clean sheet in their last ten matches at the Valley and look far too short at 11/10. Backing Luton Draw No Bet at 7/5 on the Sportsbook could be the best way of approaching this archetypal six-pointer.

Federer out of French Open after knee ...

The great American heavyweight is back. His ...