Olympiakos to give Gunners a test

After a brief spell out of the limelight, Olympiakos have elbowed their way back into contention domestically and in Europe. In the Champions League they twice gave Tottenham a scare in the group stage (they drew 2-2 in Greece and lost 4-2 away) and they pushed Bayern Munich hard in Piraeus before losing 3-2.

In the Greek Super League, Olympiakos are trying to reclaim the crown they lost to PAOK, and they are two points ahead of their rivals. On home soil, Pedro Martins’ team have won their last eight games, and they haven’t lost since October.

Arsenal are steadily improving under Mikel Arteta, and beat Newcastle 4-0 at the weekend in the Premier League. On the road, they are unbeaten in nine games, but they have only won two of those fixtures. Seven of those nine matches have featured at least two goals.

Olympiakos are incredibly strong at home, and will give Arsenal an exacting examination, despite the Gunners’ recent defensive improvements. I’ll back Home and Draw in the Double Chance market, coupled with an Over 1.5 Goals bet, which gives us a double priced at evens. 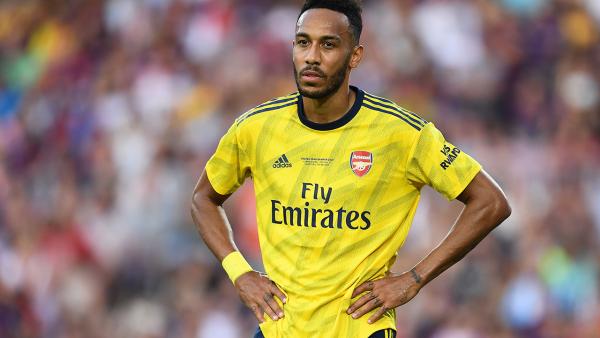 Porto to grind out a result

Bayer Leverkusen have played their way into contention for a place in next season’s Champions League, and they are only six points off top spot in the German Bundesliga. They have won five of their six competitive matches since the winter break.

However, with Bayer still fighting on three fronts, I wonder if it is their Europa League campaign which will suffer. Last season, Peter Bosz’s team fell at the first knockout hurdle, as they crashed out on away goals against Krasnodar. After a draining and perhaps undeserved win at Union Berlin on Saturday, how much do Bayer have left in the tank for this one?

If there is any lack of freshness, Porto are the type of team that can take advantage. Sergio Conceicao’s team has moved to within a point of leaders Benfica in the title race, and Porto came through a tough UEL group that included Rangers, Young Boys and Feyenoord. The temptation is to look at the away defeats at Rangers and Feyenoord, but perhaps more instructive was the 2-1 win at Young Boys that arrived when qualification was on the line.

Bayer aren’t as convincing as their recent form suggests, they’ve only won six of their last 11 home games, and I think Porto can frustrate them here. I’ll lay the hosts at evens.

AZ and LASK to put on a show

AZ and LASK have been two of the big success stories this season. With a young and vibrant side, AZ have been breathing down Ajax’s neck in the Eredivisie title race, although the weekend’s 2-0 defeat at Twente was damaging. LASK have been putting pressure on perennial champions Salzburg, and their 3-2 win at their title rivals on Friday took them to the top of the table.

Both teams like to play on the front foot, and I think we could get an entertaining contest here. Four of LASK’s six group-stage games featured at least three goals, as did five of AZ’s matches. AZ have scored 46 goals in 22 league games, LASK have scored 40 in 19.

If ever a team was a good advert for the winter break, it has been Eintracht Frankfurt. They were out on their feet before Christmas, but they have been revitalised, and have beaten RB Leipzig in league and cup in 2020. At the Commerzbank Arena, they have beaten Bayern 5-1 and Bayer Leverkusen 3-0, and they have one of the best home records in the Bundesliga.

January wasn’t so kind to Salzburg. They lost star striker Erling Haaland to Borussia Dortmund, while Takumi Minamino went to Liverpool. They have been knocked off top spot in the Austrian Bundesliga by LASK Linz, who beat them 3-2 at home on Friday.

Frankfurt were smacked 4-0 at Borussia Dortmund on Friday, but on home soil they are a totally different proposition. Filip Kostic is playing incredible football on the left wing, and the return of keeper Kevin Trapp to fitness has made the team more solid.