Will Manchester City’s two year ban from the Champions League spark an exodus from the club? There are already rumours that Raheem Sterling could be heading for Real Madrid while manager Pep Guardiola has been talked up Juventus legend Alessandro Del Piero as an ideal fit as next head coach at the Old Lady.

This summer it will be four years since Guardiola took over at City and he has never stayed longer than four years at any of his previous clubs.

Pep out and Poch in?

If he does leave, Guardiola is 4/7 to take his next managerial job at Juve and 5/1 to return to Barca instead.

Who’s in the frame to replace the Catalan? Mauricio Pochettino, who could use the two years outside European competition to rebuild the squad, is 5/2 while Brendan Rodgers is 9/2.

Has Pogba played his last game for United?

Another man who could swap Manchester for Turin this summer is Paul Pogba. As of yet there’s no market on the United midfielder leaving Old Trafford this summer but it’s likely there will be soon after Ole Gunnar Solskjaer yesterday refused deny the Frenchamn had played his last game for the club. 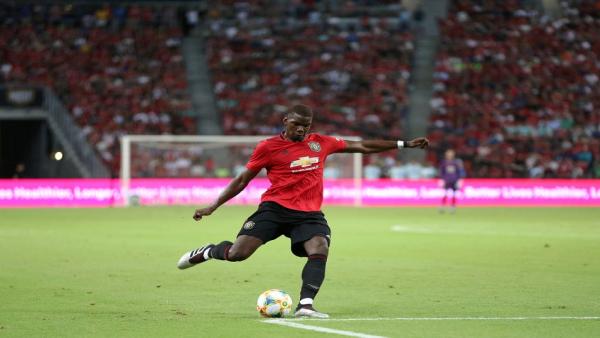 His agent has reportedly talked to Juventus about resigning the player they sold to United four years ago. The move would mean he’d had two stints at the Italian giants and at United which must be some kind of record. Pogba has played only eight times for United this season, due to injury, so the Red Devils are already used to life without him.

If they get a decent fee for Pogba – by no means certain considering Pogba’s expanding injury resume – United could try to splash the cash on Dortmund’s English forward Jadon Sancho.

He said last week he wanted out this summer, although he continues to perform well for them, and is 5/2 to join United. But would the move really appeal, with United as long as [9.0] on the Exchange to qualify for the Champions League?

World Champions Liverpool might prove a more likely destination at 9/2 and there’s always Chelsea at 6/1.

There’s speculation, however, that the Reds will make Kylian Mbappe their number one target this summer. The Frenchman world beater is 14/1 to move to Anfield with Real Madrid and even City 12/1 rated more likely destinations.

The Reds are also said to be stepping up their interest in Norwich midfielder Todd Cantwell who has caught the eye in a struggling side this season. Should he prefer to keep playing in struggling sides Cantwell might choose United instead of the Premier League leaders.